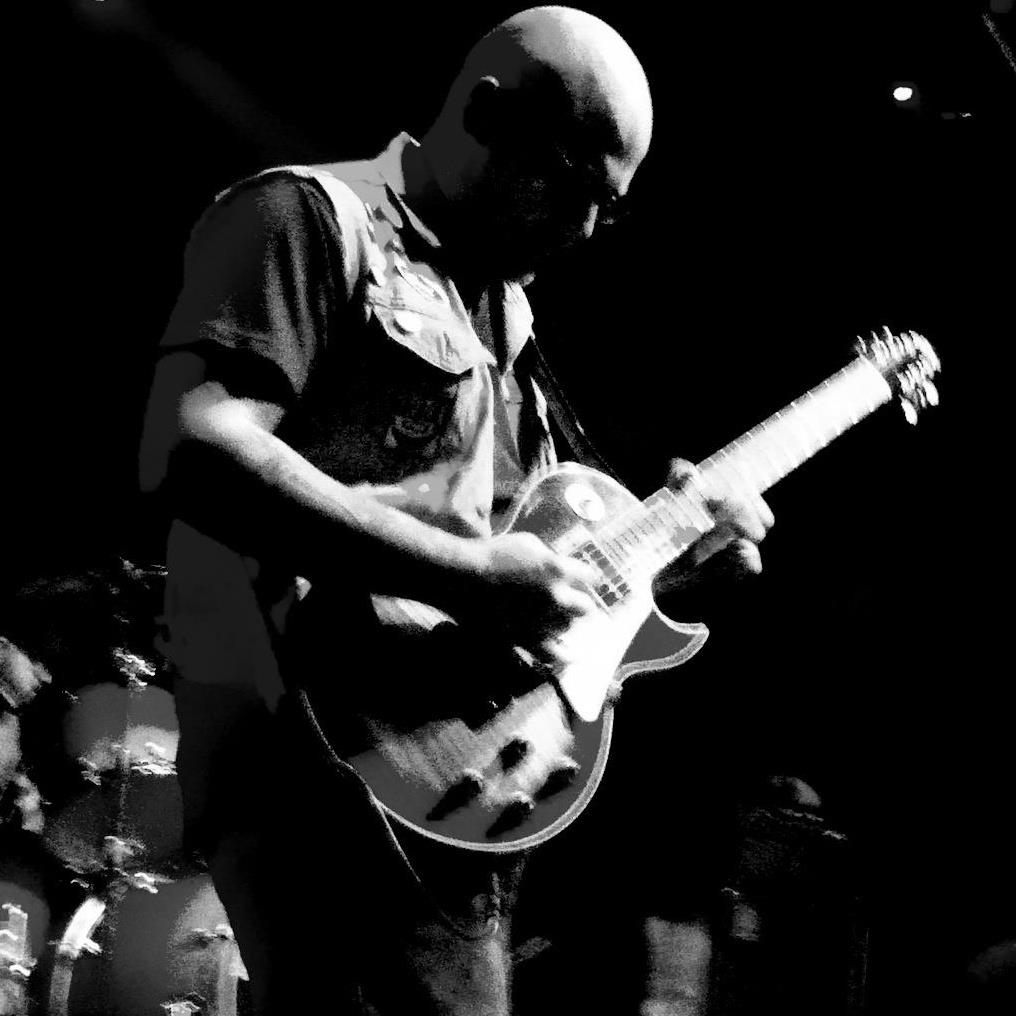 We recently caught up with guitarist Kevin Roberts (AKA Hindu Kush) of the band Meatmen. Their release of “Savage Sagas” is available on Self Destructo Records (and it’s totally killer we might add).

When you record, do you prefer to play in the live room in front of your amp, or in the control room?
“I prefer to play together in the room with the band, live, just like we do at practice sessions. For the recording of the Meatmen’s Savage Sagas lp, we were all in the room together playing the basic tracks live at the same time. We wore headphones and our amps were secluded in separate room for sonic isolation. I don’t like playing guitar tracks in the control room, it feels weird and sterile. I like to be standing next to the drum set.”

“I love all kinds of music and different types of guitar players, from thrash metal to classic blues and everything in between. I love some guys who just plug straight into the amp and use their volume knob and pickup switch to muster all kinds of organic tones and vibes. But I also love guys with an arsenal of pedals at their feet to conjure mind-bending sounds at-will. I love it all!”

What is your current live guitar rig vs. your current studio set up?
“My current rig is a 100 watt Marshall JCM800 head pushing two 4×12 cabs: a Marshall 1960AX with Celestion Greenbacks and an Avatar 4×12 with Jensen Mod 110 watt speakers. I don’t use an effects loop, I run my pedal board straight into the amp’s input.

All pedals are powered by a single One Spot power supply and daisy chain.As far as the differences between live and recording; for the Savage Sagas lp sessions, I used my own Marshall JCM 800 head and just borrowed a single 4×12 cab from the studio we were in. I ran straight into the amp for the basic tracks, giving them a classic type of Marshall tone. Then for the over-dubs, I used pedals to get more gain and a tighter, more cutting sound. So the resulting combination of tones offered a thick, heavy sound but still retained a kind of classic rock & roll flavor, which I dig. I should also mention that I used my own vintage 1979 Les Paul Standard for the basic tracks, and at the time it had single coil Harmonic Design ‘Z-90’ pickups in it. But then for the overdubs, I used the studio’s Les Paul, which had a high output ‘Dirty Fingers’ humbucker in it, thus further changing the sonic flavor between the tone of the basic tracks versus that of the over dubs.

The studio we were in had some nice vintage gear on-hand and I took advantage whenever I could: I used a real Leslie rotating speaker cab for the solo on ‘Wizards Of the Oblivion’. I used a vintage Fender Deluxe amp for ‘The Ballad Of Stinky Penis’ for that classic, ‘Spaghetti Western’ reverb sound. I used a vintage Gretsch guitar with a Bigsby on it for ‘Pork Chop And A .22’, which is like a pseudo rock-a-billy punk song with slap-back echo all over it. I only wish I had my Ekko 616 delay back then during the sessions! I had actually used an MXR Carbon Copy for delays on the record. The recording took place back in August of 2013.

My main live guitar is currently a vintage mid-80’s Heritage H140 with a sunburst flame maple top and a Seymour Duncan Custom SH-5 humbucker in the bridge and a Dimarzio Air Classic in the neck. I also have a new Fender American Special strat with Duncan humbuckers in it (Cool Rails, Little ’59 and Hot Rails) and, of course, my main squeeze- a 1979 Tobacco Sunburst Gibson Les Paul Standard. It is my #1 most cherished instrument. It’s at home in the case, nice and safe, where it belongs.”

How do you warm up before a show?

“I don’t go crazy with warm-ups before a gig, but I do like to run through a few scales and whatnot (assuming there is a backstage area to chill out in, which is not always the case!). I like to rehearse intensely at home and with the band in the weeks leading up to the gig so that right before I go on, only minimal warm-up exercises are necessary. I believe in being prepared.”

What project are you currently working on?
“The main thing on my plate at this time is promoting the new Meatmen lp, “Savage Sagas”. Out now on Self Destructo Records, this is the first new Meatmen album of original material in nearly 20 years! We have a tour in October with Anti-Seen which will take us down to Texas and New Orleans.”

Big congrats on the reunion and new release!