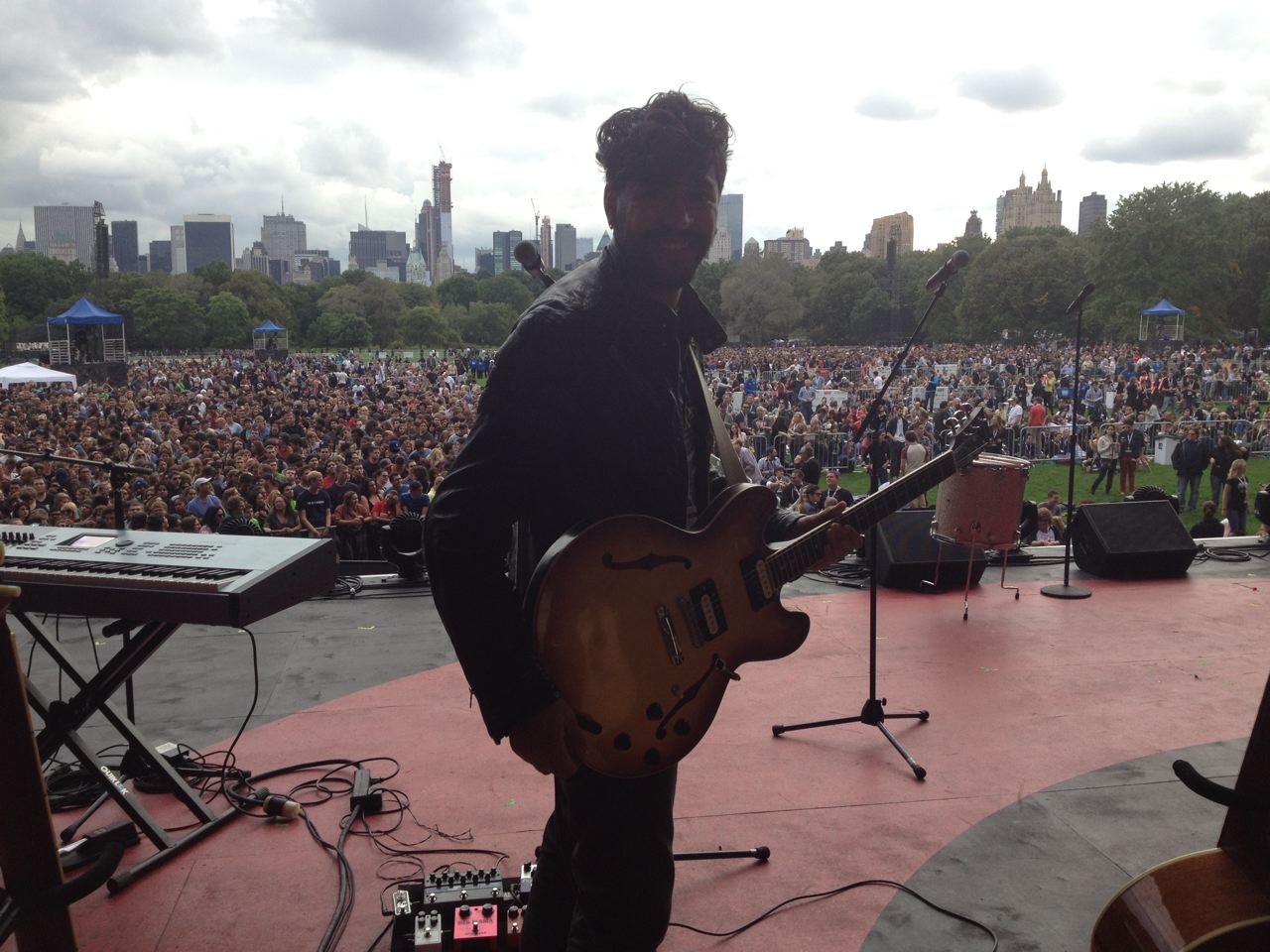 Christian Mendoza, guitarist for K’naan, Enrique Iglesias and a slew of other talent sent over some details on how he gets down with Malekko pedals and other bits of favorite gear. He also recently added the Ekko 616 and the Diabolik to his rig.

Give us a quick rundown of your current signal path/equipment you like to use including your Malekko gear:
“Currently i run a Cry baby, to a Fultone Plim Soul, to a Malekko Plus 123 Fuzz pedal, to a Red Llama, to an RC Booster to an Eventide time factor, to an EP Booster.” 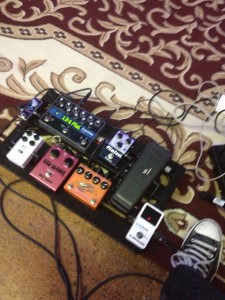 What is your current live guitar rig vs. your current studio setup?
“It’s pretty much the same, except in the studio I use some Line 6 stuff.”

How do you warm up before a show?
“Black Label Neat. and some Metal Riffs i probably have never played live with a band.”

If you were on American Idol, what do you bring onstage:
A) Your favorite vocal mic (which is…?)
B) Backup singer/hype man
C) A flamethrower

“C, and would burn the back up singer with it.”

The President of the NFL (whoever that is) asks you to perform during Superbowl halftime. You get 15 minutes to kill it. What do you do?
A) Lip-sync
B) Act like you’re actually playing
C) Practice your Soul Train moves

“I would act like i wasn’t playing at all, i’d bring a melodica and mimic the guitar sounds with it.”

Josh Holley asks you if there is a pedal idea you have that no one makes yet. You:
A) Tell him what that is (OK, what is it…?)
B) Tell him yes, but you’re already talking to Electro Harmonix
C) Tell him to come up with his own ideas

“A) sustain Pedal for guitar (which i think Electro Harmonix already came up with one, i think it’s called Freeze)”

Paul Barker asks you to contribute to/remix/collaborate on a song. You:
A) Say, “That sounds like fun! What do you have in mind?”
B) Tell him to talk to your manager about payment first
C) Tell him to come up with his own ideas

“i don’t have a manager but he can talk to me about the money.”